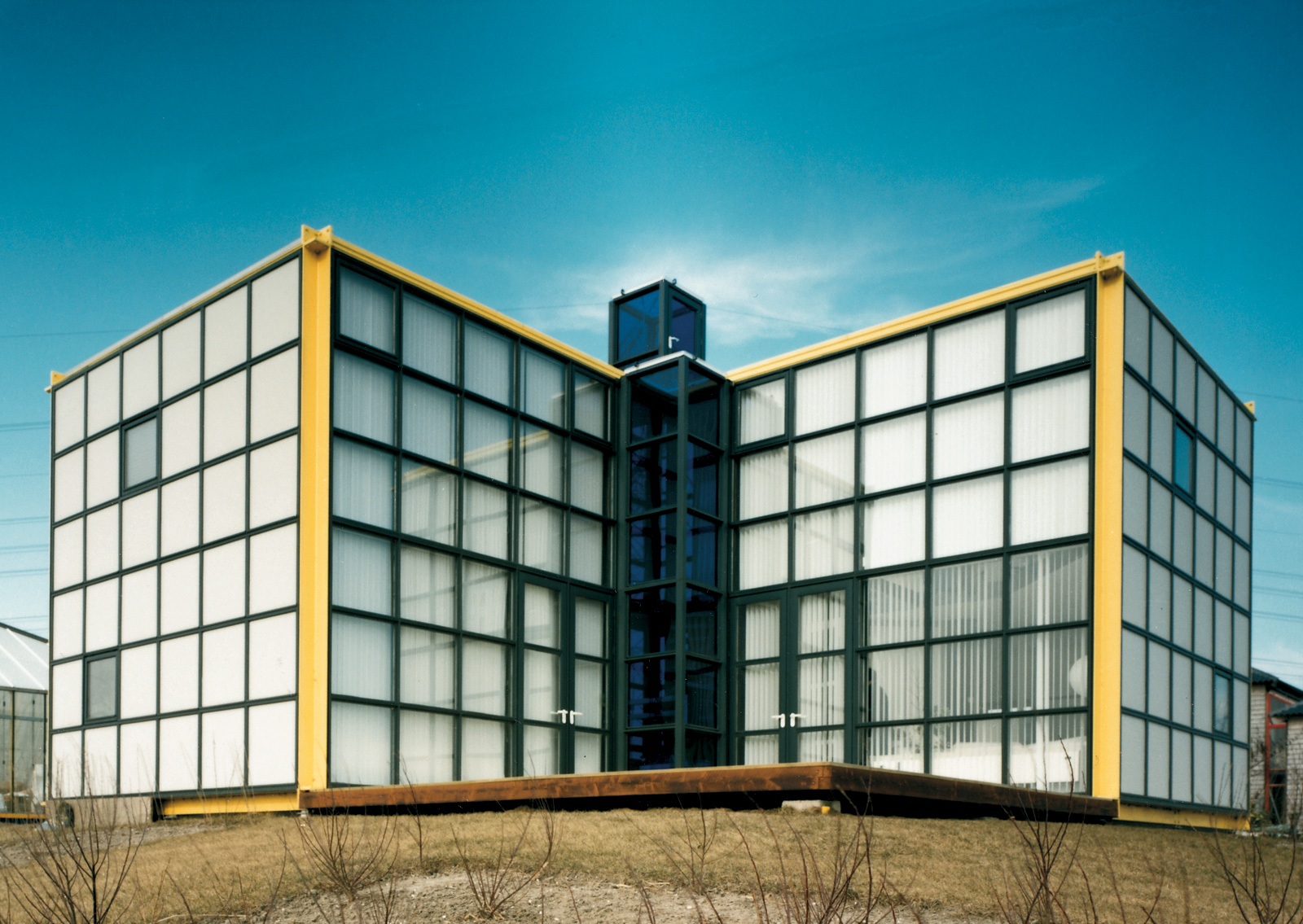 Two+Plus was designed with Emmy van Leersum for a competition held by the foundation 'De Fantasie' in Almere. The competition brief called for a house, the prize being a plot of land on which to build it. The plan of the house derives from two cubes of 6 x 6 metres, set diagonally on axis with the corners touching. Linking the two is the stairwell, which is likewise of glass with a surface of one square metre and six metres high. Each cube has a groundfloor studio, one for each designer, placed so as to permit visual contact. The living facilities are shared. Bakker and Van Leersum regarded the form as a physical rendition of their way of living and working. They spent two years working on getting the house built. Sponsors were sought to get the finanaces arranged. In the end eighty percent of the construction was achieved through sponsoring in kind by thirty different companies. However this meant making modifications to the original design. For instance the interior was now subdidvided by a system of movable walls and the cladding done in composite panels of 1 by 1 metre. These elements came to dominate the outward appearance more than Bakker had intended. But they never moved into the house, owing to Emmy van Leersum's death in 1984. It was divided into two and then let.