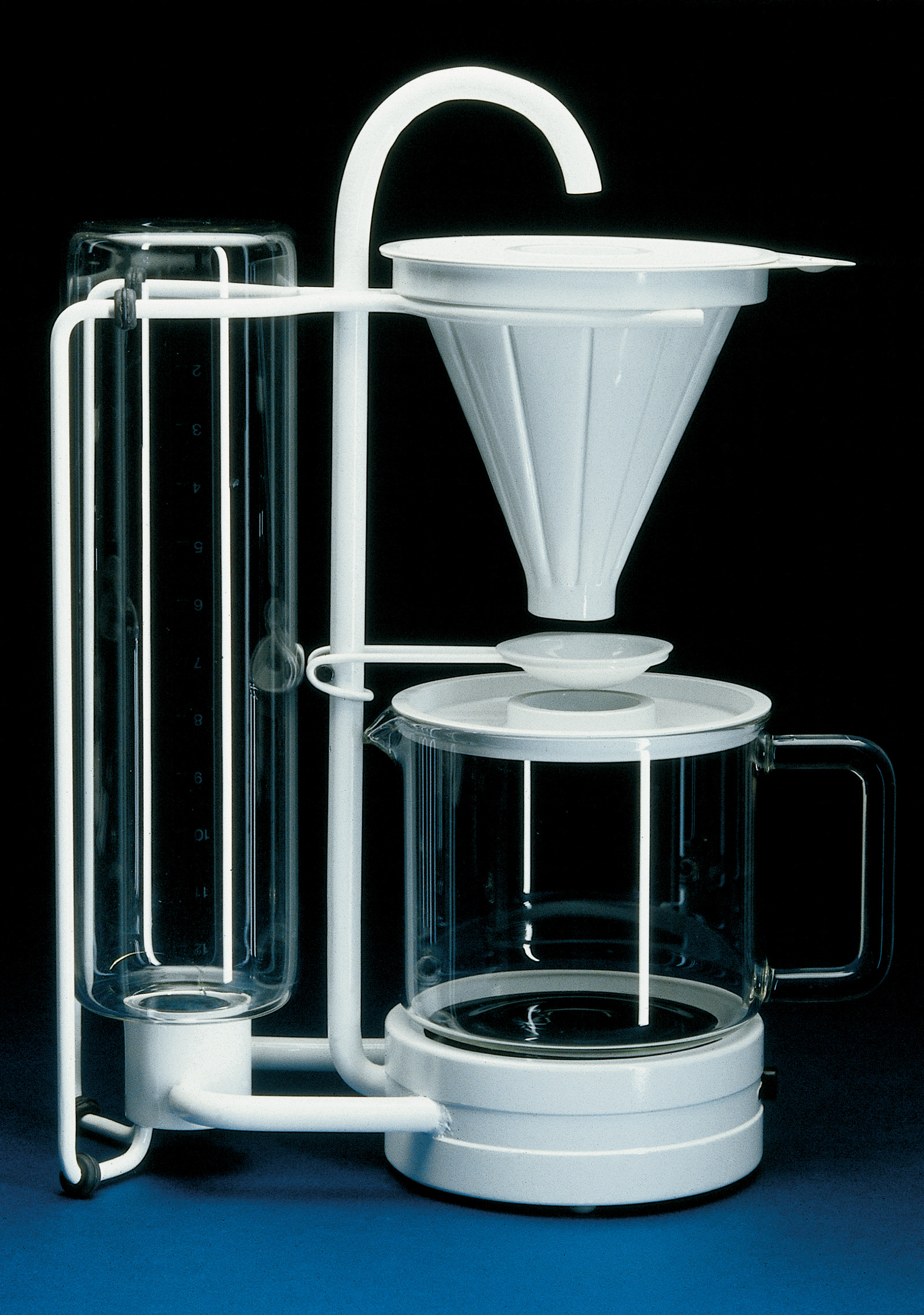 Developed in association with Frans van der Toorn. The commission came from Moulinex. The company wanted a product whose remarkable form would distinguish it from all the other coffee-makers in a saturated market. Unlike the average model this one clearly shows how the coffee is made. A subtle detail is the glass water reservoir closed off at the base with a valve. The cobalt blue colour stands out starkly when compared with the predominantly brown and beige models of those days. When Moulinex ultimately turned out to be uninterested in production the Dutch firm of Douwe Egberts was approached. A working prototype was made for a survey among the firm's clientele. The coupon-collecting housewife was unimpressed by the design, however. So despite all the positive noises in the professional journals, the project folded.