The winning photograph was translated by computer into a pattern of holes drilled in the brass. Winner of the 2017 Photo of the Year Contest was Burhan Ozbilici's photo of the assassination of Russian ambassador Andrey Karlov on December 19th, 2016 at an art gallery in Ankara. The exhibition of award-winning photos is shown worldwide in 100 cities and 45 countries, for more information visit the WPP website. 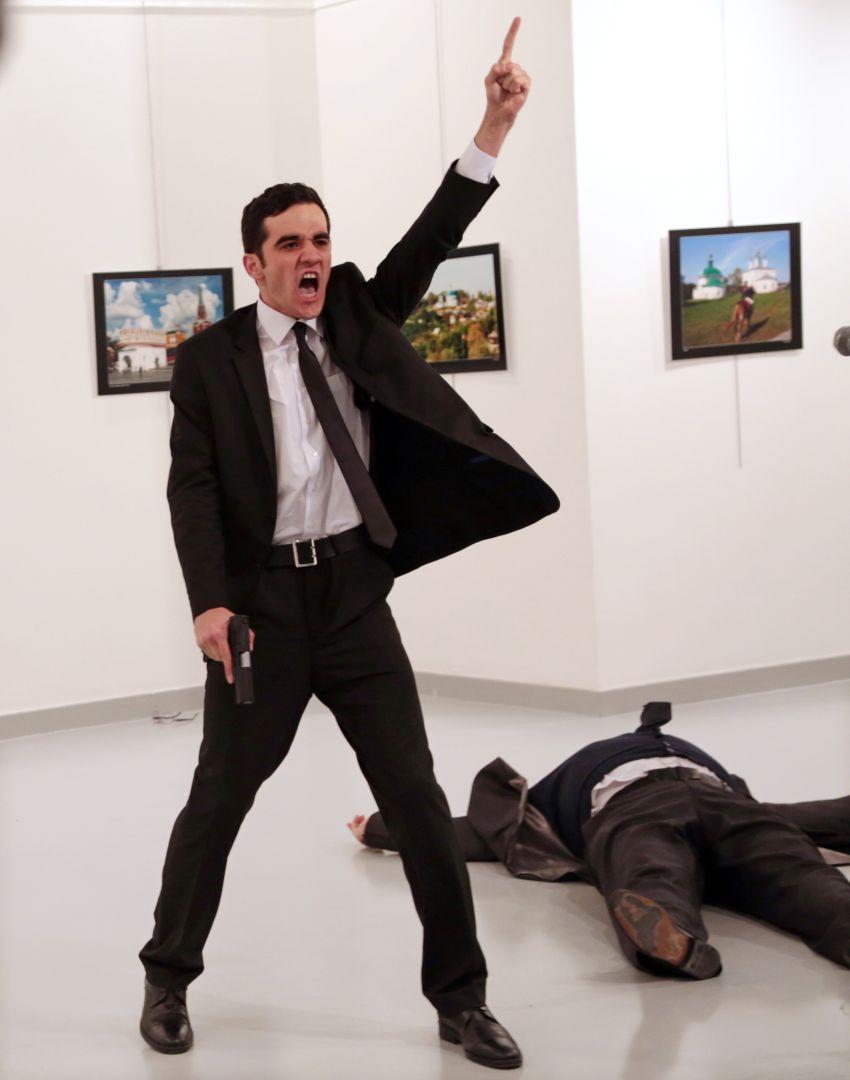